It’s beginning to look at lot like Christmas! In addition to the occasional snow flurries and the bitter cold weather, I saw the most amazing Christmas tree downtown. It was HUGE! Look at doors on the left to get a perspective of how tall it really is. 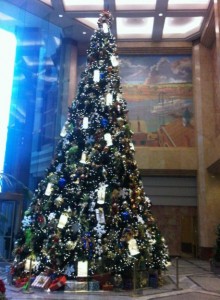 Even though Saturday morning was only 33 degrees, I rolled out of bed and wrestled with Nyah who thought my frantic scurrying around to get dressed was a game. Then I went to my group Team in Training Session in Forest Park. I put on leggings under my sweat pants and a long sleeve shirt under my jogging suit jacket and my winter coat with my fuzzy gloves and a scarf. I was ready! I figured you can always take off clothes if you get too warm, but you can’t add them. The goal for the walk group was 4 miles. I started out towards the front of the group, and ended up back in the middle like last time. I want to be able to keep up with the front of the team by the end of these group training sessions…But, before long, my stomach started turning. Oh crap, I was rushing so much I forgot to eat something. I was trying so hard to stick it out, but the flip-flops in my tummy got worse. After the 1st mile marker, I told the teammate that I was walking with that I had the “bubble guts” and had to turn around. She quizzically replied “The WHAT?!” I laughed as I realized that I use silly terms like Bubble guts to mean upset stomach. I cautiously finished the 2nd mile, praying that I wouldn’t end up with poop running down my leg like that guy in that picture. 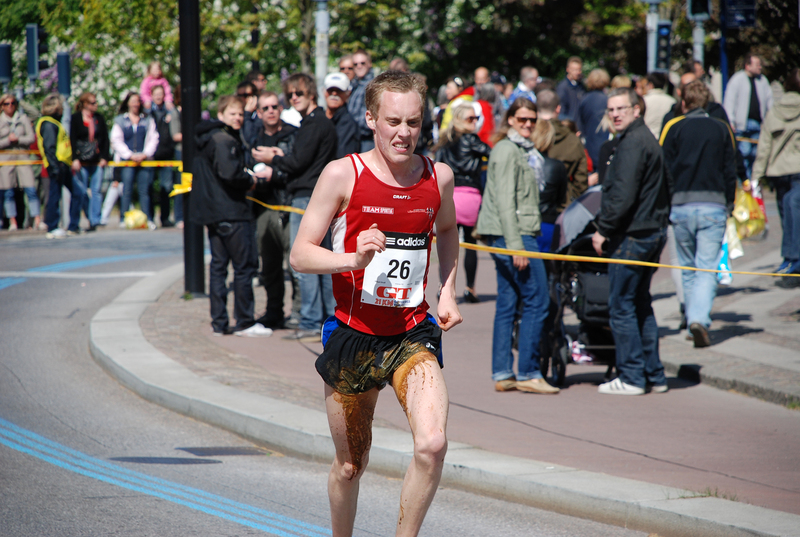 I’m dedicated, but not that dedicated. So, I finished up with 2 miles and the people at the team check-in table thought I had finished the whole 4 miles that quickly….ummm not quite. She told me to eat something next time, even if it’s peanut butter on toast to give my body fuel. I had every intention of finishing the last 2 miles at the gym, but it was my best friend’s 30th birthday, so I ended up running errands and going to her party. However today, I was determined to get in a complete 4 mile workout. I went to the gym with my iPod with listened to Cee lo Green’s new album

as I walked at a 16 minute mile pace. I read my Essence magazine as I walked to keep me from being bored. Finally, the Nike iPod lady

said I was half way through my 4 miles and I was about halfway through the magazine. There was an interesting article with the cast from Tyler Perry’s movie “For Colored Girls Who Have Considered Suicide When the Rainbow Is Enuf

.” I saw the movie, it was very well acted an well written, but sometimes it worries me when I read things that say it shows the “reality” of most Black women in America. We are NOT all depressed, angry, poor, molested, uneducated, no father-having, welfare baby mama’s. Some of us have 2 degrees, are homeowners, professional, have an active father and married parents, a strong family and a good life. (yeah that’s ME!) Anyway, I’m off my soapbox. The article kept me distracted enough in my thoughts, that I easily finished up the last 2 miles. Sweaty Success! …Well, my Big Little Sister and my favorite little girl in the world just came over, so I’ll chat with y’all later! 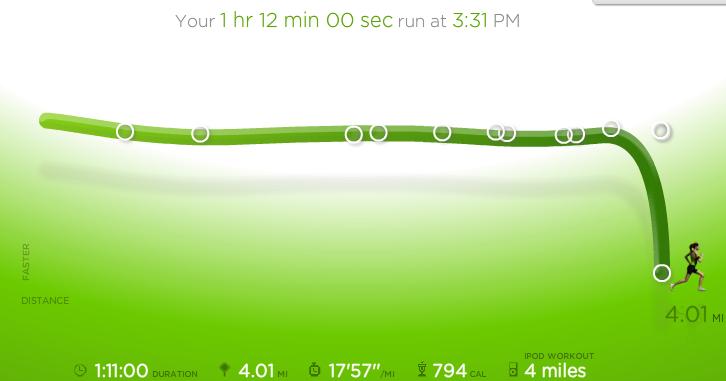