On Thursday, I was supposed to walk 25 minutes. However, I did not sleep well Wednesday night.   So, by the time I got home from work on Thursday evening I was exhausted. I realized that meant I would have to come home and walk on Friday night, but I was just that tired and willing to do that. Friday after work, Nyah and I went for a quick walk in Forest Park. I came across the most interesting little creek. There were these strange plant-like things growing out of the water.   There were so many of them, it looked like they went on for miles.   I snapped a quick picture with my cell phone, because I hadn’t really seen anything like it before.  I was chatting on my cell, getting updates on my niece, while talking to my Big Little sister, and I was finished with 30 minutes before I realized it. 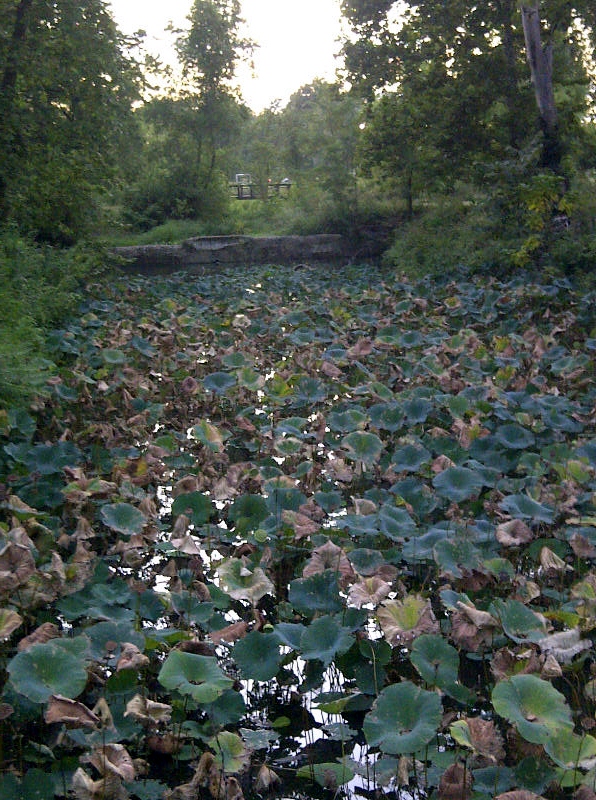 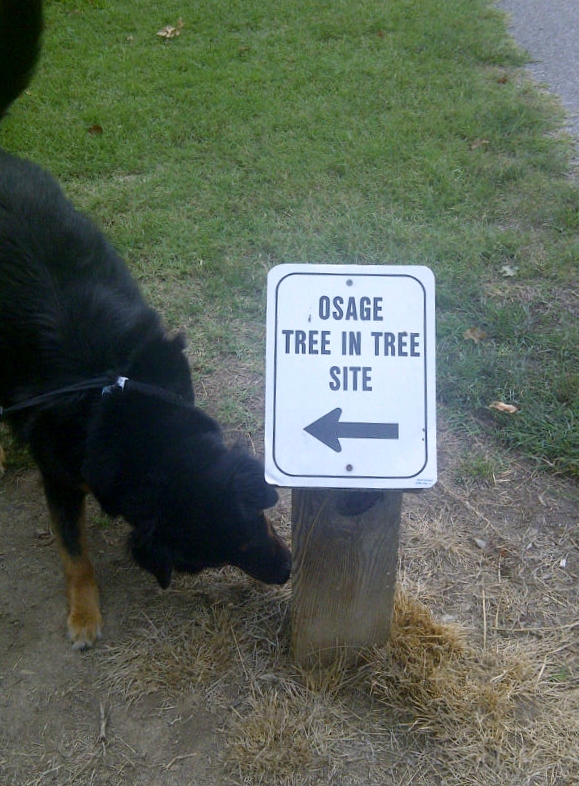 This time however when we got to the fork in the road we went right instead of left. “Do you think we will find it she asked?” I told her we probably would, but that I honestly could not remember where it was. Soon after, we arrived at the mysterious magical amazing tree within a tree. Can you sense my sarcasm?
She looked at the small bare tree within the large hollow decaying tree and stared. “I don’t get it!” she exclaimed sounding confused. I just laughed; I told her it was nothing but a dead tree. However, the tree did look like that it had been struck by lightning at some point.  Now, it’s glory days are over. We walked closer and saw that there was an unknown white powder sprinkled round the base of the hollow tree, as well as pieces of cloth and a small frog-like a statue. I suppose the old Osage Indian tree means something to someone. Then, after further inspection she said in a voice almost as if she had been bamboozled, “it looks man-made.” I read the plaque that was closer to the path in front of the tree, and it said that the smaller tree was planted in the hollow tree around 2004. We got a good laugh, as we both had assumed that the smaller tree had naturally grown within the hollow tree. “Oh well” she said, ”at least we found it.” 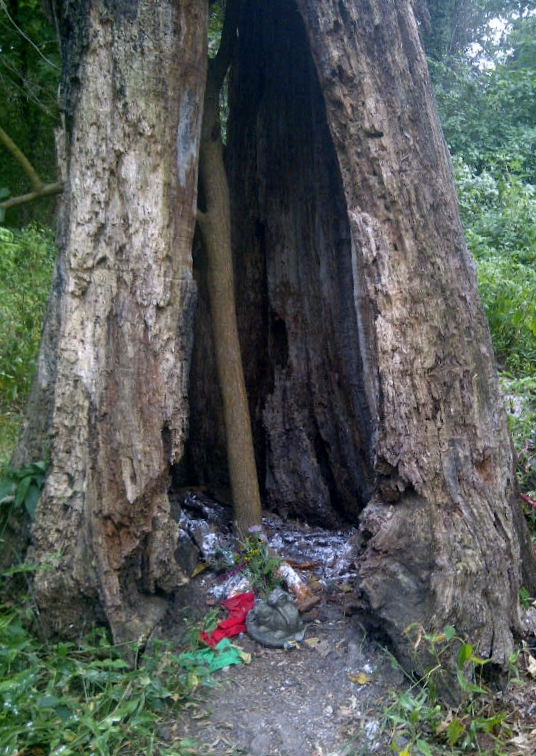 Since today was a 3 mile day, I let her lead the way, and we continued along the gravel path instead of heading back towards the car. We continued to walk through the woods. She said “this is pretty cool”, to which I replied it reminds me of the crime scene. And she too had to admit that when she heard stories of girls being chopped up in the woods, her first reaction is “what were you doing out there anyway?” So, in good fun, she pulled out her iPod Touch and begin filming a video, just like they do in the scary movies. She said maybe the rescuers would find her iPod to explain what we were doing walking alone in the woods. LOL! We were both laughing so hard at our foolishness, knowing that were weren’t in any real danger. I told her she forgot to tell Mom and Dad Thanks, and that we love them. Luckily, the gravel path turned back into pavement and we were soon near the picnic grounds with family reunions, church picnic’s and birthday parties. We survived the treasure hunt in the woods part 2 without being eaten by some animal or running into any crazies hiding amongst the trees. We must not have been in there as long as I thought, because we still had more than a mile to go. My lower back was hurting a little bit but I was glad that physically I wasn’t out of breath or tired. We walked around the back side of the zoo, and peeked through the fence to get a glimpse of the zebras. 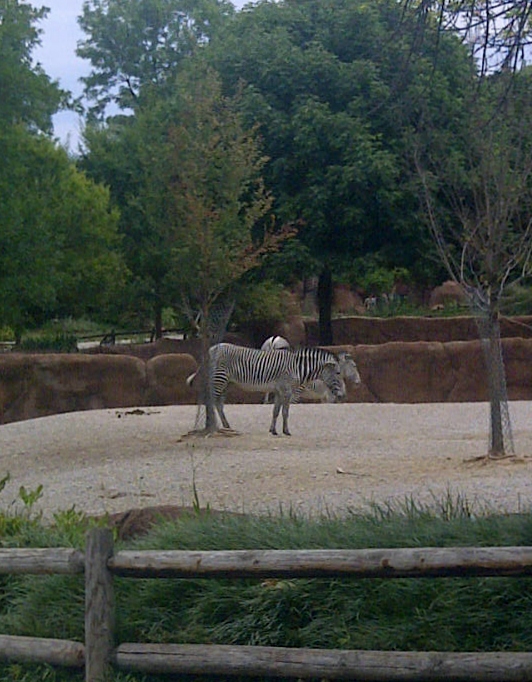 We could have walked through the zoo, but I’m pretty sure that my dog Nyah would not have been allowed. After climbing the giant Hill and heading around the east side of the zoo, we made it back to the car safe and sound. We city girls, found the tree, survived the man made forest, and walked just over 3 miles, mission accomplished!