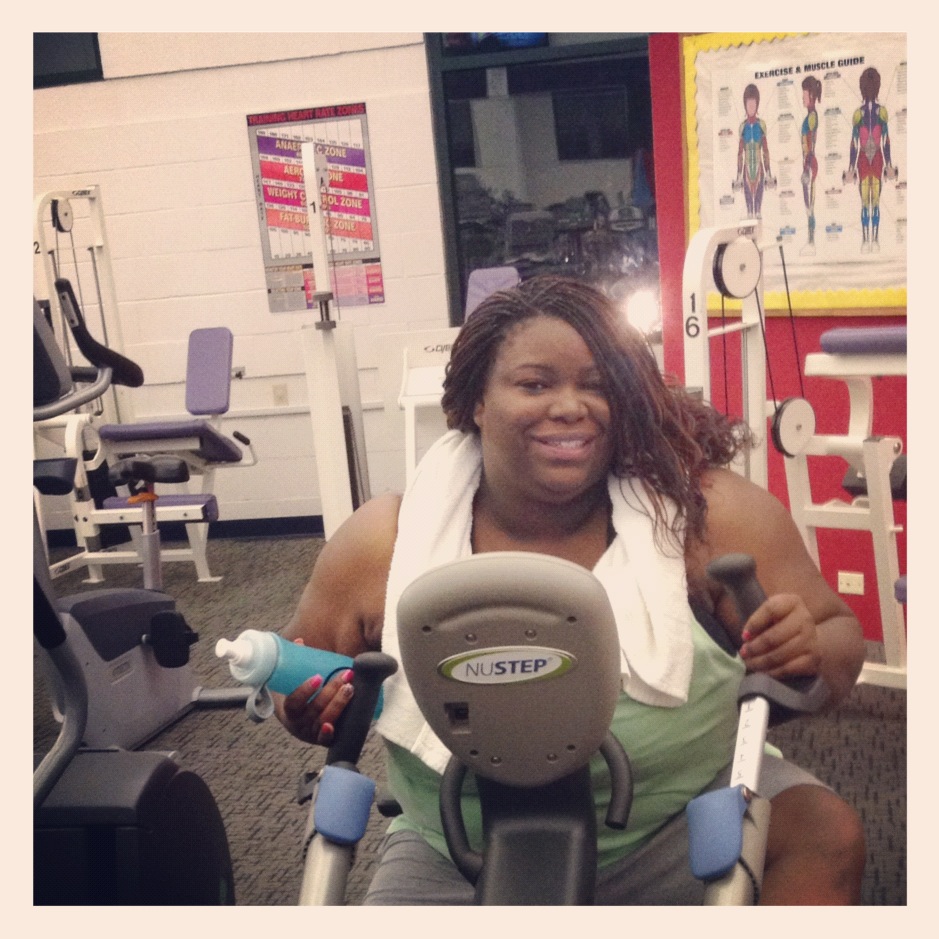 So, what the heck is a Warrior Machinist? I have no idea, it’s something silly that I made up to sound cool and interesting. LOL. You all know I have been slacking in the fitness department; a walk at lunch here, a dance party on my Xbox Kinect

there.  My family really started to get on my case. My parents are uber concerned about my health, and my little sister started going to the gym without me. I told her that the next time she went, I was determined to go with her. I tried to be as prepared as possible. I had my hair tie, my iPod

and my sports bra. She picked me up when she got off her after school job and we went to the gym. I started on the elliptical machine. We pedaled for 30 minutes while watching The Big Bang Theory

on TV. It’s my best friend’s favorite show. I always thought it was too weird to have a show about socially awkward nerds, but that show was hilarious. I laughed out loud several times and didn’t care who heard me. After the elliptical I moved on to the treadmill. I searched for my name under Artist on my iPod and played Week 1 of the Couch to 5K. I’ve heard it so many times that I said every word right along with my recorded voice. For that first 60 second interval run, I really pushed it at a level 5. Then my chest hurt, my head hurt, my back hurt. I decided to take it down a notch especially since I had just finished 30 minutes the elliptical. You have to push yourself, but you also have to listen to your body. In hindsight, I should have run first. But, I still completed each interval with a wog (walking and jogging) instead of a run. Then I heard BBD’s Poison

and I knew I was almost at the end of the training session.  Finally, I completed the last interval “run” of Week 1. I was ready to go home, but my sister had this crazy 900 calories burn goal. So, she moved on to the step machine. I just watched her for a few minutes, I was exhausted. Then I felt silly just watching, so eventually, I got on the new Recumbent Bike

. The seat was super soft and comfortable. I pedaled with my arms and legs for 19 more minutes. I forgot to turn on my Nike+ to track my distance on the treadmill, I was upset because I wanted to show you guys a pretty picture with my charted distance. But, instead you get a sweaty exhausted no makeup pic of me on the bike. I hobbled out to the car, in my tank top soaked with sweat feeling like a Warrior Machinist for conquering 3  different machines at the gym. I reminded myself that I often regret not working out, but I’ve never ever regretted a workout once I was finished.