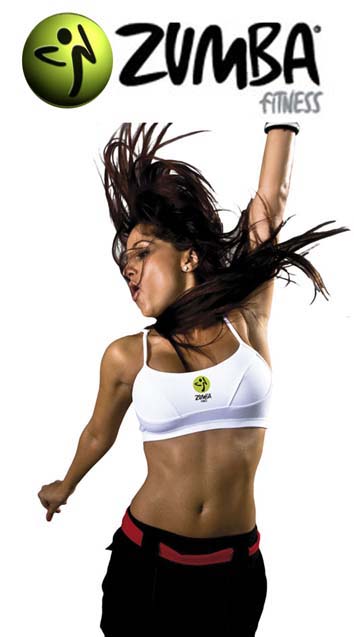 At my Weight Watchers meeting on Monday, a fellow weight watcher and I discussed our struggles with losing weight. She said that she has pretty much lost and gained the same 10 pounds since October. I told her that I had essentially lost and gained the same 10 pounds since January. She invited me to a free Zumba class at a local community center on Tuesday. I already had plans to go to the Diana Ross Experience free concert in Forest Park for Twilight Tuesdays and couldn’t go. A few thousand people gather in front of the History museum and have picnics in lawn chairs as the sun sets while chilling listening to the live music.  But, I promised to meet her for Thursday’s class instead. After work on Thursday, traffic was horrible and I was late and tempted not to go.  I called her and she said I should still come to class.  I rushed home to let Nyah out and threw on a sports bra, t-shirt and yoga style capri pants.  I called my Big Little Sister to get directions, because I’m completely directionally challenged.  My niece was with her Dad, so my Sis decided to come too.  I made it to Zumba class nearly 15 minutes late.  It was a huge class with probably almost 50 ladies in the gym. My WW buddy flagged me down when I walked in, she was so happy to see me.  I was glad that she talked me into coming.  But, I didn’t think that I would get a good work out with only 45 minutes left.  BOY was I wrong!  I was singing and dancing to Beyonce and swirling my hips to sassy latin songs.  Zumba class makes you feel sexy, even if you are clumsy and uncoordinated.  Several songs later I looked at the clock.  There a still 15 minutes left and I was drenched in sweat!   My sister jokingly said “I’m done!”  I felt the same way, but we knew neither one of us would quit.  My WW buddy looked back  to check on me and to make sure I was still dancing.  That Zumba instructor went from cute little dancing lady to crazy little lady who obviously can’t tell time because class should be over by now!  She was actually pretty nice and I started to like her again during the cool down.  What an amazing workout!  This Tuesday night is Luther Vandross night in the park, but I plan on going back on Thursday.