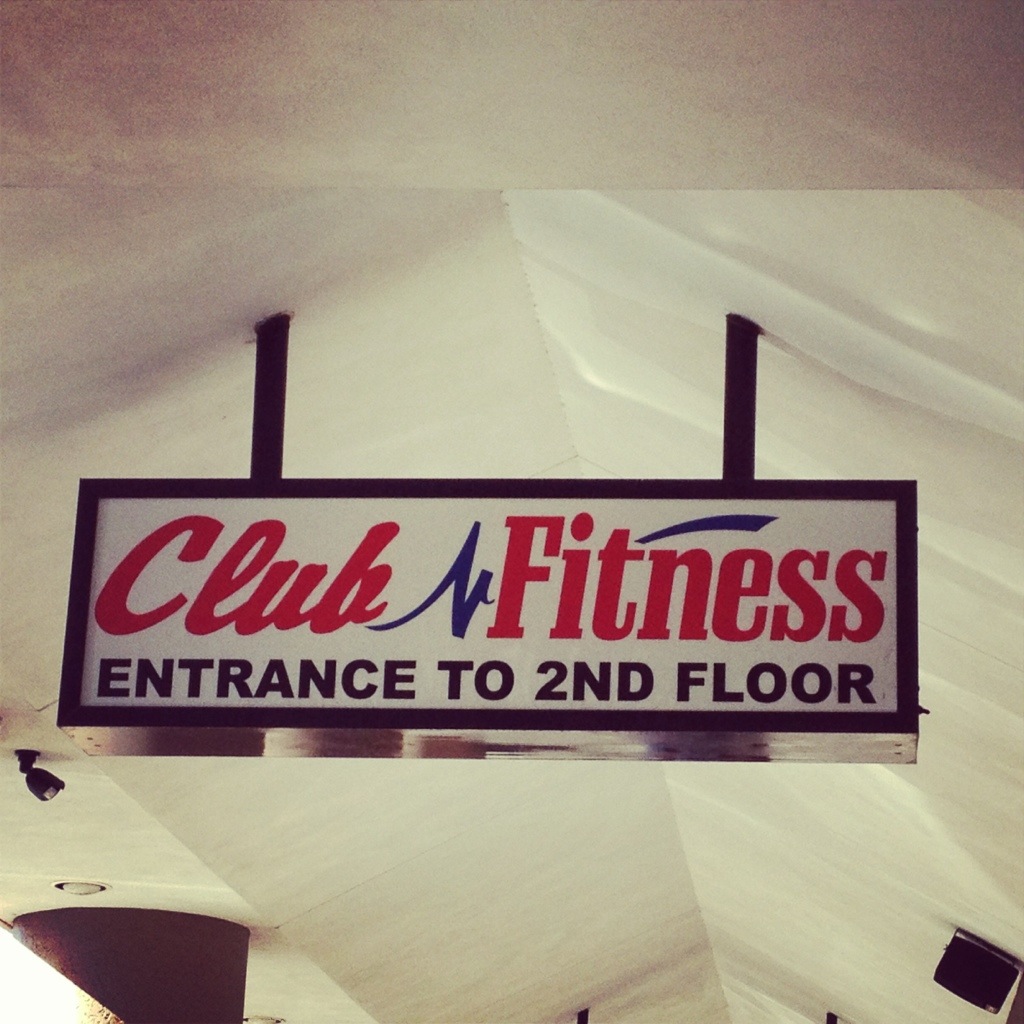 Saturday morning I woke up and called my Big Little Sister in Florida.   We caught up on the phone for about an hour and then I went to the gym. I shamelessly scanned the free weights area to see if they were any sexy men working out and to see if I could find my Gym Cousin who works out nearly every day. No surprise, he was there. He told me that he wants to do a 5K with me in April.  I’ve told him about my website and 5K training podcasts a million times, but sometimes you just have to show people.  I pulled up my blog on his iPhone and we clicked on Week One of the Couch to 5K podcast.
We were able to find two treadmills next to each other because the gym wasn’t nearly as crowded as it was the other day after work. I explained that he would need to do eight 60 second interval runs for Week one and that I would coach him through it.  He was so nervous and kept saying that he “can’t run,” a very common fear of most people who are beginning the program.  I told him the same thing I tell you guys, if “I did it, anybody can. ” I let him know that Day One is always the hardest and that it’ll be much easier by Day Three.

He griped at me, saying “I hear you telling me that, but she (meaning my voice on the podcast) ain’t telling me nothing!”  “All she’s saying is it’s time to run.”  By the time he got to the third interval he started huffing and puffing “I’m going to get you for this, this is enough running for the whole nine weeks.” I was cracking up laughing because aside from my little sister I don’t think I’ve been right next to anyone while they were training with my podcast. I encouraged him and reminded him that he could do it when there were only two more intervals left.  He started to dance little bit when BBD’s poison came on, everyone loves that song. I was doing Week One right along with him on my treadmill, although he ran at about a 7.5 and I ran at 5 mph on the treadmill.  He fussed the whole time, saying that it seemed like I was trying to kill him with my program, but he really liked it and looked forward to Day Two.

After our run, he had me get on the ab machine while he did ab work on the floor mat.
Later that afternoon we went to my grandmother’s retirement party. She is 78 and she finally retired.  She worked at my aunt’s day care center every day for the past 20+ years, after she retired from her other job. You guys know that I hardly know how to sit still, I guess I get that from her and my mama.

Of course there was an outrageous amount of food there for an afternoon party.  We had appetizers (meatballs, cheese, crackers, and fruit) and then dinner which was beef brisket, chicken, creamed corn, green beans, mashed potatoes, rolls and three kinds of cake and red velvet cupcakes.  *sigh*  I tried to fill my plate with mostly veggies, drink the unsweetened tea instead of juice and ate one small slice of carrot cake. Then later in the evening, my Hollywood Aunt bought me and my cousins cocktails.

I met my cousin at the gym again for Day Two of training after church on Sunday too, because I want the scale to move (the right way) on Wednesday.