Running On a Broken Treadmill

When I worked out with Dan my trainer, he said he wanted to try something he had seen on one of those weight loss TV shows.  I instantly got nervous.  He told me that the TV trainer had his client running on the treadmill while it was powered off.  She had to use her own strength to pull the belt.  At my $10/month gym, it’s often crowded and inevitably at least one or two broken treadmills.  Leave it to Dan to figure out the way to best optimize this situation. 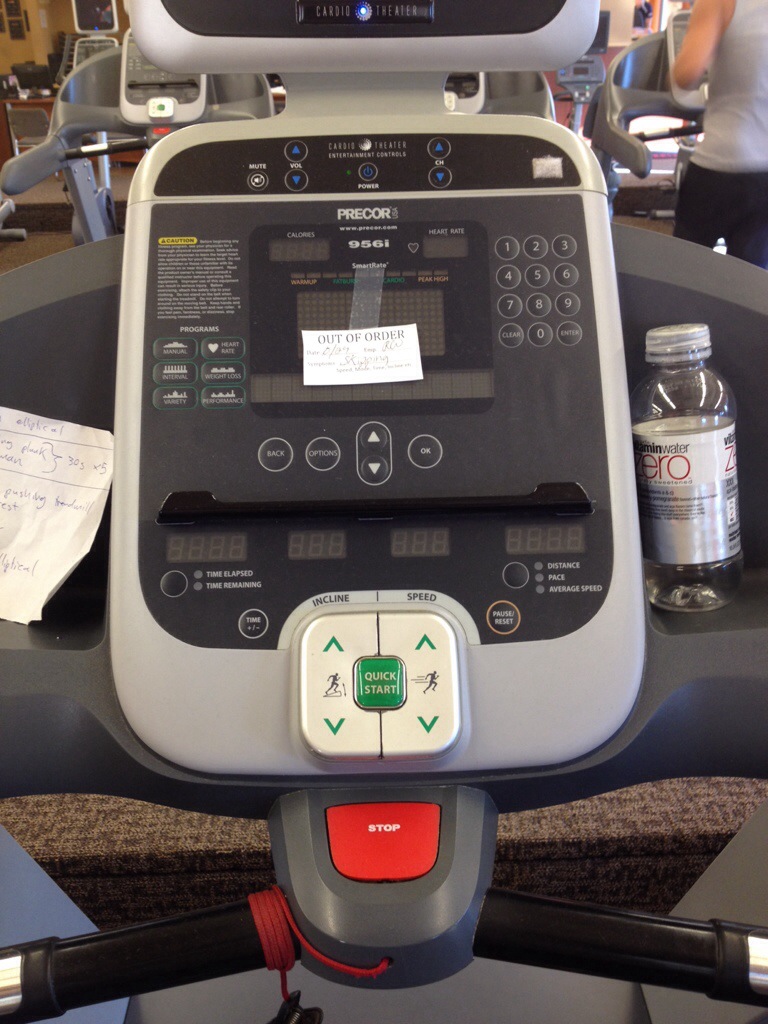 He’s still a little salty about me gaining weight while on vacation, and I feel like he’s been ramping up our work outs, which I guess ultimately is a good thing.  While the regular gym rats were swarming the treadmills like vultures waiting for a free machine during the gym rush hour, Dan happily ushered me up onto the broken treadmill that no one wanted.  “Run for one minute” he instructed, “Pulling the belt quickly with the balls of your feet.”  I held on and ran on the broken treadmill.  The sweat beads started to pop off my forehead almost instantly.  Of course he was thrilled.  “Nice!  I like this,” he exclaimed.  He let me rest for a minute and I did about 5 more rounds.  I was so out of breath and he loved it.  When we wrapped up, he reminded me that my individual work outs between our sessions were not really negotiable anymore since I had to get back on the weight loss track.  Then, he wrote me out a plan.

I hadn’t done an intense workout on my own in a while.  I called my Gym Cousin to join me, but our schedules conflicted. So, I had to go to the gym alone.  Per Dan’s plan, I did a 10 minute warm up on the elliptical.  That part was actually pretty easy.  Then I pulled out the floor mat for core exercises.  He had listed that I should alternate planks and bridges on my back 5X’s, holding each for 30 seconds.  But, since we normally do more core exercises when we are together, I added the superman on my stomach and the push-up plank. It still amazes me how much I can sweat from such slow controlled movements.  I started to look at the full workout plan he wrote.  Maybe I shouldn’t have added the extra core activity.

Dan has gone hog-wild about running on broken treadmills, so that was next on my to-do list.  I climbed up on the broken machine and the girl running on the treadmill next to it looked at me as if to say, “I’m pretty sure you see that ‘Out of Order’ sign.”   I ignored her, and tried to get my mind focused.  I’ve gotten used to having that coach right there telling me to keep pushing, you’re doing great, we’re almost done.  He’s already told me that once my weight starts to plateau, I’ll have to add more workouts, so I told myself that I might as well get used to going at it alone.  I set the timer on my iPhone, ran intervals and rested, ran an interval and rested.  I had to do it six times.  Finally it was time for my cool down.  The cool down was supposed to be another 10 minutes on the elliptical.  But, for some reason, I decided to do the other machine that’s like a stair climber/elliptical combo. 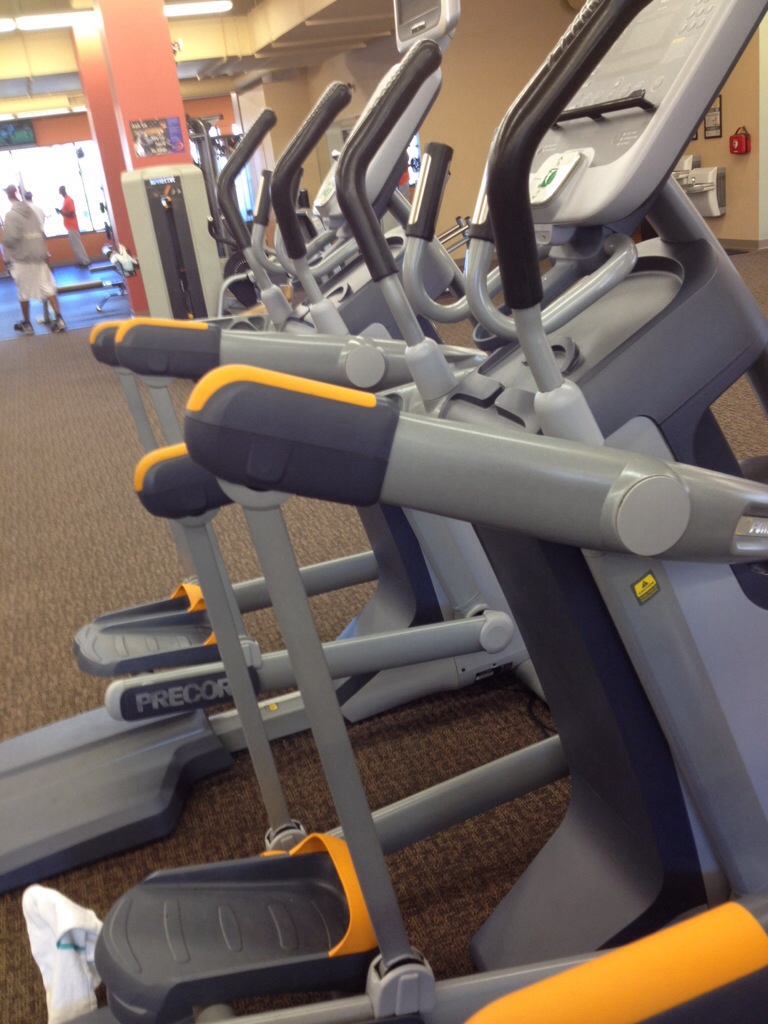 This machine is always a challenge for me.  But, I grabbed it by the handlebar horns and ran with it. After about 6 minutes I started to doubt my decision.  Why do I always let me overachiever personality bite off more than I can chew?  I thought about getting off and just getting on the elliptical, like I was supposed to do in the first place.  But then I said, well it’s only a few minutes left, I’ll keep going.  I started running out of energy and had to slow down.  “PEDAL FASTER” the machine flashed at me. Grrrr… thoughts of the scale moving in the wrong direction danced in my head, so I did as machine requested, I pedaled faster.  That last minute was torture, and then it was over and I stepped off.  It was a pretty anti-climatic end to such a rigorous workout.   But deep on the inside, I felt great.  Exhausted, sweaty, thirsty, but accomplished and great!