I woke up this morning at 7 AM and called my Gym Cousin. I just knew that I would hear his groggy, “why are you calling me voice” on the other end, but instead he greeted me with a cheerful “Good Morning!”. I said “Oh my goodness you’re awake?!” He told me that he mistakenly thought it was a weekday and got up for work LOL. “Well I will see you in about 15 minutes” I told him. I wanted something on my stomach and I haven’t gone grocery shopping, so I just made a chocolate protein shake with almond milk in a shaker cup.
We arrived at Forest Park, and once again the trainers managed to change the Worlds Fair Pavilion into an obstacle course.
First up were the 50 pound sand bags. We had to run down the stairs, pick up the sandbag, throw it over our shoulders, run back up the stairs and then back down. Then we had to run to the next station which had 30 pound slam balls. We had to pick up the weighted ball and throw it down 15 times. Then we had to run up the stairs to the floor mats and do core exercises. I chose to do push-ups planks because oddly enough those where the easiest for me. 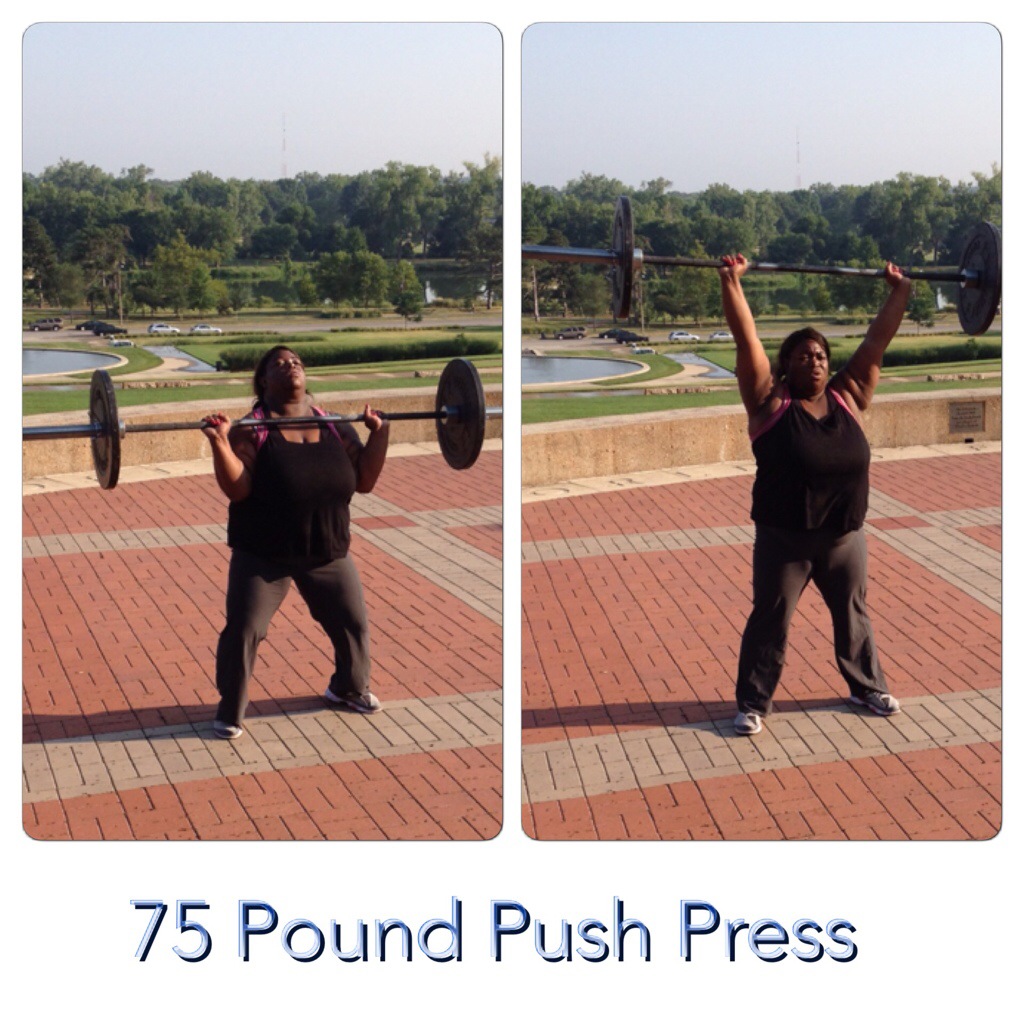 Then we had to do push-up presses with the weight bar. I started out with the 45 pound bar, but both trainers told me that was “too light.” They have various weights just choose from based on your ability. My Gym Cousin talked me into doing the heaviest one which was 75 pounds. I actually could handle it, it wasn’t too bad. I think Dan makes me lift more at the gym. I felt so strong slinging the 75 pounds into the air. I pushed it up 20 times. Then there was the station with the big giant white rope with 70 pounds attached to it. I don’t know how much the rope itself weighs. But, we had to push and pull the weighed rope across the concrete. Finally the circuit was complete. We were supposed to do 4 rounds in 30 minutes. I was slower than everyone else, I was only able to complete two rounds. But I felt proud. I probably weigh almost 100 lbs more than everybody else and I was able to complete every challenge and do it twice!

I dropped my Gym Cousin off at home and he said he was of course headed to the gym. I don’t know how he does it every single day. I’ve been planning my cheat day all week. Golden corral buffet here I come! Lol. Sunday morning it’s back to green smoothies. What activity did you do today? 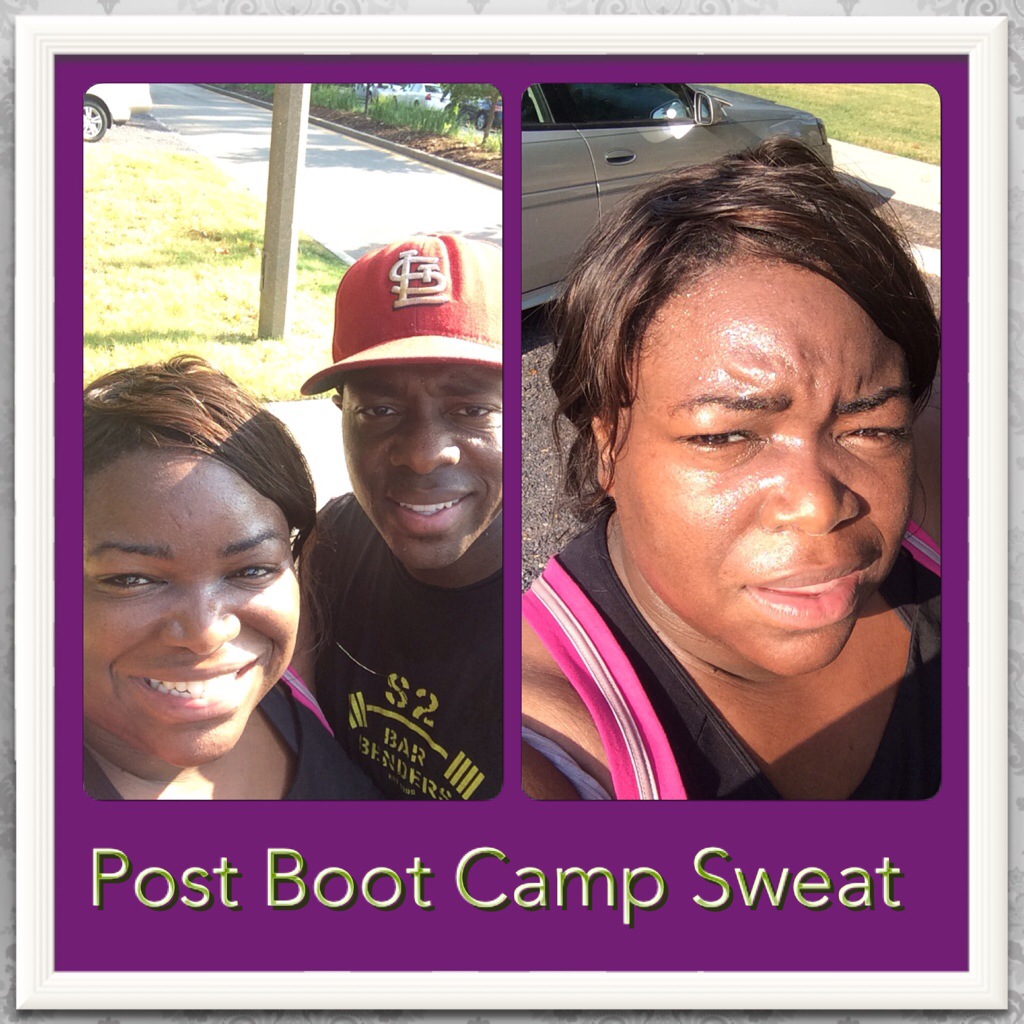