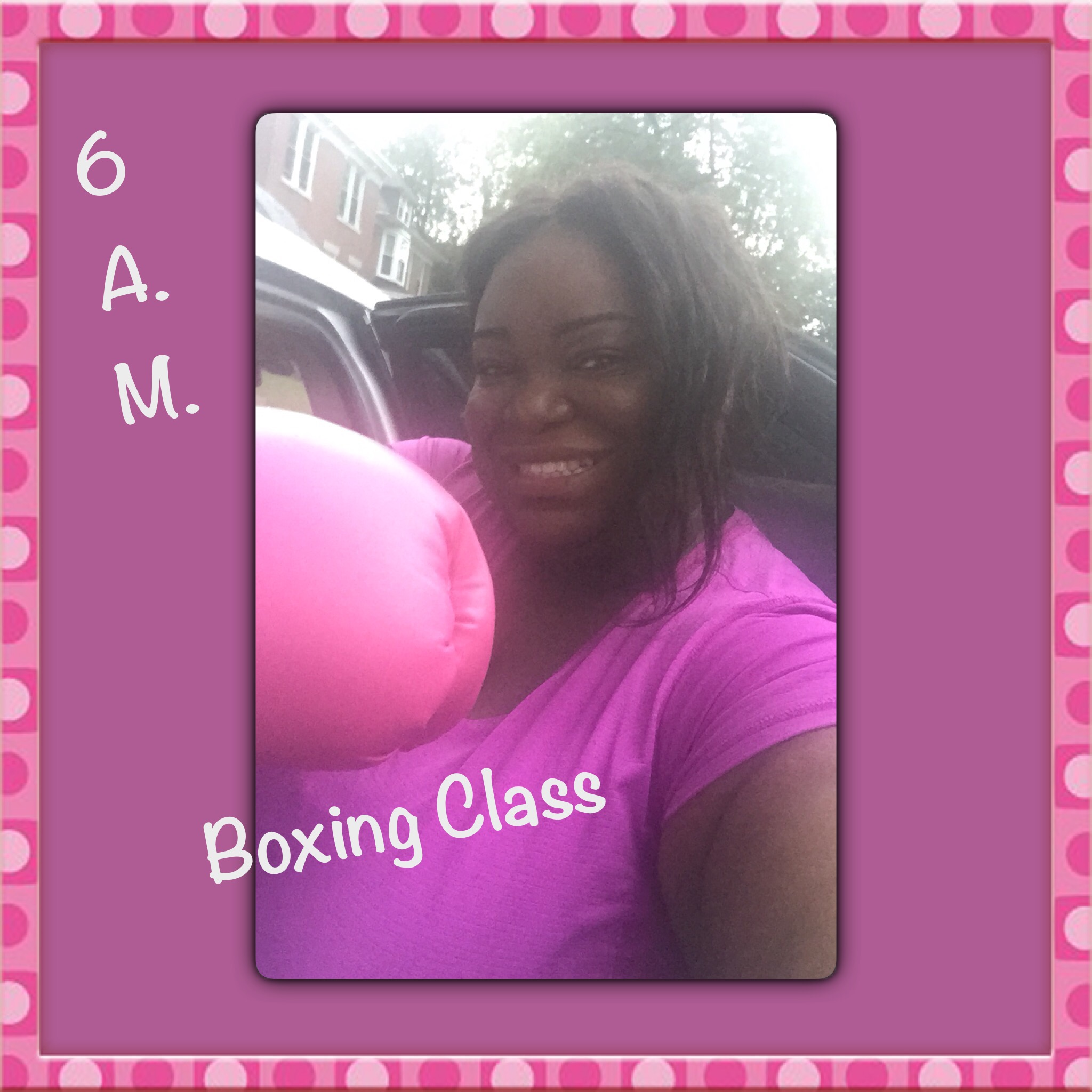 Last night I went to the gym and worked out with my trainer Dan. That man can get in a full shirt-wet-with-sweat workout in 15 minutes and I’ll still have 45 more minutes to go. I did the row machine as a warm-up, and then squats with the bar across my back, thrusters with the 60 pound bar bell and running intervals on the treadmill followed by high kicks.

I ran into my Gym Cousin, I haven’t seen him in a while because I don’t go to the gym as much. He teased me for not working out at the gym, but Dan stopped him in his tracks and told him “This is the best I have ever seen her do!”

And I had to think about it, Dan was right, he has a begged me to work out a minimum of 4 times a week since we started.  Now with the Class Pass and my training sessions with him, I work out 5 or 6 times a week.  This is the best I’ve ever done, even while training for races, I might only run 3 or 4 days a week.

After my hour was up with Dan I walked on the treadmill and talked to my cousin while he ran at 9.0 intervals.  It was great catching up, but, after walking an extra half a mile, my legs were done.
On my way home, I wanted so badly to cancel my 6 AM boxing class, but I could not do it without incurring the $20 cancellation fee that they charge for late cancellation. Unfortunately, did not sleep well.  I had to pray to the whole Trinity to get me out of bed this morning. I usually go to boxing class on Friday mornings, but today there was a different instructor.  I could tell instantly that he was a fitness enthusiast, I could see his six-pack poking through his T-shirt. This class was unbelievably hard.  I heard one lady say the last time she went to his class she was sore for three days. To give you an idea, the warm-up was 45 seconds of fast punching on the bag, 30 seconds of squats, followed by running  up and down the big hill outside.  And, we did that THREE times! One time he threw in a second run up the hill, I guess just for kicks and giggles.  I kept asking myself, “what did I sign up for??”

I was lazy, and I tried to recycle the black yoga capris that I wore with Dan last night, they initially passed the sniff test.  Bad idea, about halfway through class whenever I did a squat I smelt like onions. Lol. I was sweating so much. I tried to move away from the lady next to me to spare her from my fumes. I guess I will do laundry tonight.  After about 1 million more punches, 1000 more squats with weights, a misleading exercise called a “sissy squat” and several hundred leg lifts, class was over.  But, I’m looking on the bright side, everything else I do today should be super easy in comparison.