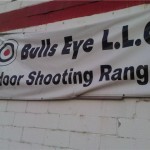 Wow!  Today was such as awesome experience.  I went to the gun shooting range with my Big Little Sister.  I always wanted to go for the experience.   It was amazing….  At first it was so scary.  I didn’t even want to get close to the glass counter with guns.  I don’t think that I had seen a real gun that close before.  I was surprised that they even had little pink girly ones. 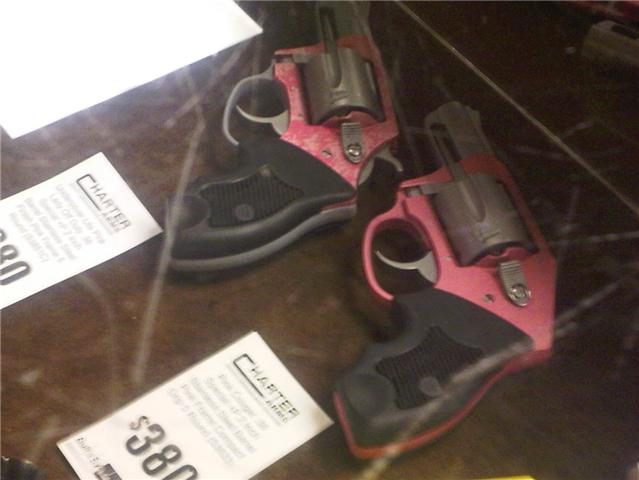 When the class started, the guy explained that the best safety is using your head, and not keeping your finger on the trigger.  For the first part of the 3 hour course we went through the paperwork and learned the terminology and parts of the handguns.  During the second hour we actually held them and learned how they work.  It was so weird.  Much heavier than I thought it would be.  (does this count as arm exercise?  Doubt it!) 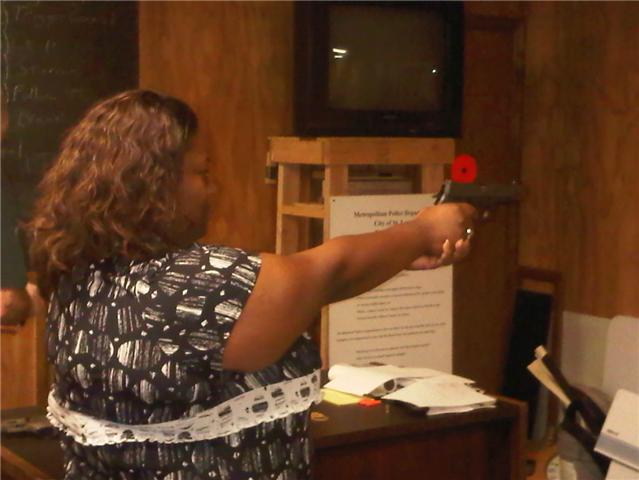 Anyway, TV makes it look so easy to cock a gun.  It pinched my finger, and it pinched my sister and even drew blood!  It’s definitely something that takes practice.  The teacher was a retired cop, he was fantastic.  He said learning to use a gun is like learning to drive a car, you’re scared and move 3 miles an hour and think everyone is going to hit you and then after a while you’re driving and talking on the phone and eating.  Once we handled them and learned how not to break our fingers, we went to the actually shooting gallery.  We put on our protective headphones and glasses.  Everyone sort of steered away from the crazy looking gold-tooth chick who looked like she already knew who she wanted to shoot.  We started small with a .22 revolver and an automatic.  I was shocked at how good a shot I was.  When the hot shell popped back at me and landed on my shirt, and I understood why the glasses were necessary.  Then we shot the .38 and lastly the huge automatic .45 pistol.  When that gun shot off and that big burst of fire was arms length from my face, I felt a rush and spun around and screamed WHOA!!!! … “Watch It!” the teacher exclaimed as I had quickly forgotten that I was pointing a loaded gun in his direction.  I turned back around and shot the last 4 bullets.  It was exhilarating, you feel so much power.  Some of the ladies in the class were too scared to even try the .45.  Overall, I did pretty good to have not even seen a gun before today.  I put one in the target’s head just to see how accurate I was. 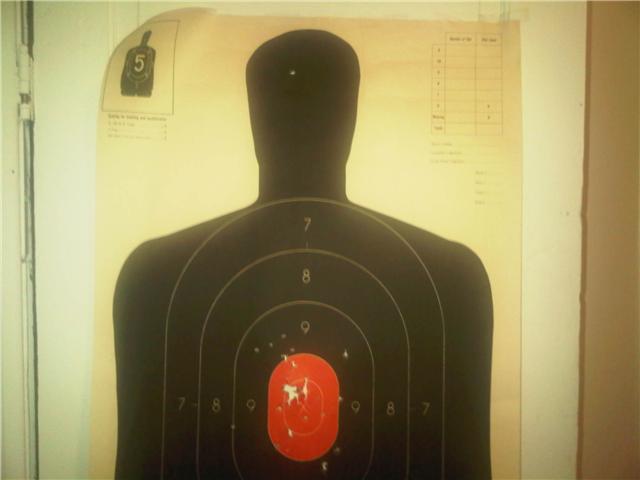 My sister was freakishly good, as she often is at stuff like this.  The instructor told her He’ll make sure he stays on her good side.  We had great time trying something new.  I know this is completely different from the cool mellow groove from last night.  But, hey I’m just living life.  Don’t worry, I had fun, but I’m not going to trade in running for gun practice, or races for hunting.  I don’t think I’ll ever even own a gun, because I don’t want the responsibility of anyone or anything’s life on my hands.  Well, I have a busy holiday weekend planned.  I  might even have a date..…Ouuuuu!  I’ll keep you posted.