I hadn’t worked out in so long. I didn’t really feel like going to the gym, so I decided to burn some calories on my Xbox Kinect

. I had never played The Black Eyed Peas Experience

dance and sing along game.   I popped it in and attempted to mirror the moves of the BEP’s to start the game. It was a sassy side step move. I tried and tried and nothing happened, the game would not start. I figured I must need to recalibrate the Kinect sensor. I reset the Kinect sensor and tried again. Still nothing. I re-read the instructions. “Mirror their moves to start the game.” I was starting to sweat and getting frustrated that the stupid game wouldn’t start. Then it dawned on me, I’m probably not doing to dance move right. I dipped a little lower and put some hip into it and the game started! I had to laugh that I was doing the simple step so wrong that it wasn’t registering.

I can’t remember what I clicked next, but the BEP’s were dancing to “Hey Mama” and there was a cute blond girl doing some of the dances with them. Who is she I wondered? She’s not a member of the BEPs. I was half way through the song before I realized she was my avatar. How in the world was I supposed to know that I was a skinny blond? LOL. Most of my other games use your personal avatar or use a hologram like version of your true self on the screen. Once I realized that she was me, I was able to keep up a little better because she glows when you hit the right marks. After that round, I changed her hair and gave her a little weight and a little color. She turned out pretty cute. At least now I would know which dancer I was. 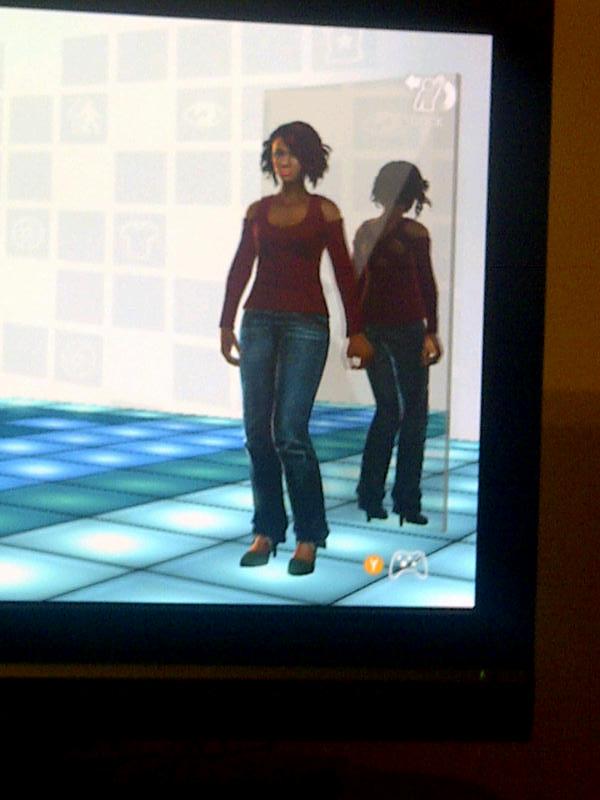 I changed the game to party mode and did step by step coaching. Although I never got a letter grade higher than a “C” I still managed to unlock a studded belt and a tattoo for my avatar. After about 45 minutes of dancing, or at least trying to, I was very sweaty. I was so busy trying to keep up that I didn’t realize how hard I was working. Hopefully I can move up from a “C” but I give the BEP Experience Kinect game an “A.”