Life Without My Scale 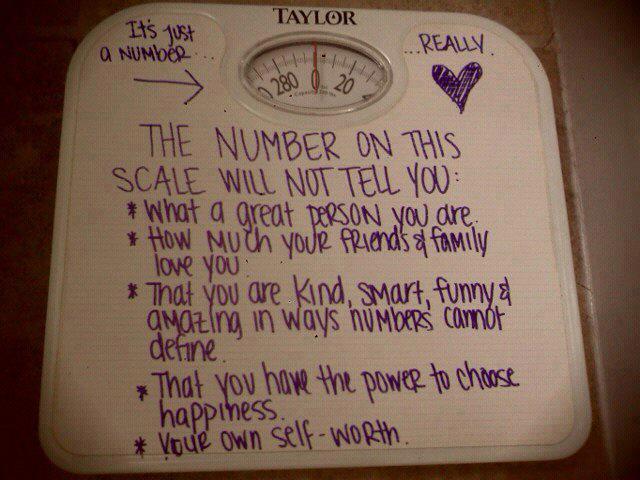 I mentioned in my last post that I was putting away the scale, because I didn’t use it as a tool to reflect a number; but more so as a way to dictate my feelings of self-worth.  I must admit that putting away the scale was hard.  I thought about it for several hours before actually putting it far in the back of my walk-in closet on the top shelf.  That next morning without the scale was weird.  What should I do? How will I know how much I weigh?    I was kind of panicky and anxious.  I changed my morning routine that I’ve done for more than 10 years and it felt uncomfortable.  What if I keep gaining weight? I’ll never know without the scale, right? …Then logic started to set in.  Weighing myself every morning has never stopped me from gaining weight or encouraged me to eat less.  Never.  Additionally, my weight was probably the same as it was yesterday, and I didn’t need a scale to tell me that. I realized if I put half as much effort into being active and eating healthy as I put into “feeling fat,” I might start to see some progress.  I went on with my normal day, even though the scale (or lack thereof) was in the back of my mind.

That evening I played the interactive Xbox Kinect Adventures game for an hour and 15 minutes.  I was scared to try the water raft game after injuring myself a while back.  Instead, I popped bubbles in outer space and filled leaks in a tank under the sea as the giant colorful fish tried to break the glass. 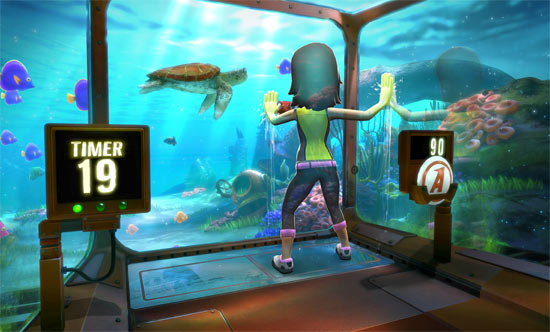 I did well, and then I earned a badge that unlocked a new timed game.  I was already sweaty and tired, but excited about the timed game, because it added more of a challenge.  The timed game included jumping, ducking and catching extra floating time bubbles as you go through the obstacle course.  I finished 2 levels before the clock ran out.  But I couldn’t finish the 3rd level.  I tried 3 times before I realized that I had been working out for more than an hour and that perhaps I could try  level 3 again next time.  I highly recommend using the Kinect for those too hot, too cold, it’s raining, I don’t want to get on an elliptical days.

Oh and by the way, this morning I looked at the empty space on the floor where the scale used to sit.  And guess how I felt?  No scared, not anxious, but I started to feel FREE!